Recent Posts: Doctor Who by Design

The Day My Doctor Died 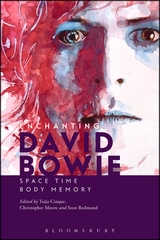 Dene October Chapter 14: Between Sound and Vision: Low and Sense

Since today is all about travel, I thought I would flash an excerpt from Black Archive Marco Polo – the book celebrates popular culture as a mechanism for imaginative travel, from Marco’s oral recollections, through to the medieval itinerarium, stylised merchant manual, literature and television story.

“The travel story is barely developed when Marco and Rustichello come to write The Travels, certainly not as an adventure genre, and much of its sense of danger and intrigue comes from how it interpolates the reader onto the journey. Indeed, the authors give prominence to documenting and describing the diversity of places, histories and customs. Marco’s sincerity, even when describing outlandish and fantastical marvels, alongside the narrative’s stylised deployment of authorial, linguistic and readerly address, adds considerably to the sense of movement in time and space, and it is these factors that produce in The Travels ambiguities of virtual travel comparable to those of the later forms of itinerarium. The Travels thus fits into a tradition of the imaginative journey in a way that helps to explain the embellished aspects to some of Marco’s descriptions as assertions of first-hand testimony. Marco and Rustichello create an immersive and chameleon text, one Lucarotti unconsciously imitates in creating an unusual Doctor Who story, and which others, including the very next serial along, The Keys of Marinus (1964), sought to emulate (albeit less successfully) in providing the changing locations, people and subplots that are inherent in the travelogue’s movement, pace and seriality (where stages are repeated with variations).”